Are You Asking for an IRS Audit?

Every year, when I have the accountant prepare my tax return, I sign forms giving the accountant the ability to represent me in case the IRS decides to audit me. It’s a rather comforting ritual, since it’s good to know that there is someone on my side if I go through an audit.

Of course, I hope I don’t have to go through an audit. The vast majority of tax audits aren’t too onerous; normally they are handled via mail and include extra documentation. But there are some actions that can result in a more serious audit. If you want to reduce the chances that you will be red-flagged, rather than randomly selected, here are some things to avoid. 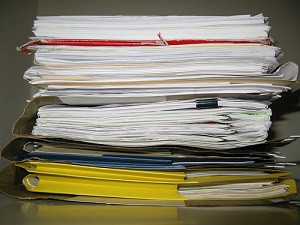 1. Deductions Beyond What’s “Normal” for Your Income

Thanks to the magic of technology, data, and statistics, the IRS has a pretty good idea of what constitutes “average” for deductions at various income levels. If you make a huge charitable contribution that looks out of place, the validity of the charity in question, or the amount that you actually contributed, will be questioned. This includes if you have huge donations of goods that aren’t properly accounted for.

There’s nothing wrong with claiming home business losses on your taxes. However, if it becomes habitual, you could be in trouble. The IRS looks closely if you claim your business lost money three years out of the last five. With a regularly losing business, questions are raised regarding whether or not you are truly interested in turning a profit — or if your business is an excuse to reduce your tax liability.

First of all, you have to adhere to the 2% rule when itemizing unreimbursed expenses for business. This means that only the amount that exceeds 2% of your adjusted gross income is deductible. You also need to be aware that some items, like regular business clothes (you can deduct required uniforms) and commuting costs (out of the ordinary travel is deductible) are not deductible.

When you have large deductions of this nature, the IRS becomes suspicious, and will likely flag your return for closer inspection.

The IRS receives reports of your income from various sources, including those who issue you 1099 forms and W-2 forms. If you neglect to report some income, the IRS might call you out and audit your return. In fact, if you are suspected of making this a habit, the IRS can go back three years for audits. And if you are under investigation for outright tax fraud, the statute of limitations is even longer.

Your math can also make you suspect in the eyes of the IRS. If a lot of your numbers are pretty, ending in zeroes or fives, or it it all seems a little too perfect and uniform, you might be audited. Too many nice, round numbers seem to indicate that, rather than keep accurate records, you are merely estimating — and possibly exaggerating.

Additionally, mistakes can result in a red flag. If you make one mistake, there might be others. Mistakes as you add up your numbers can be a problem. Double-check your math, even if you use a tax prep program or an accountant. Make sure that the final figures seem reasonable for your situation.

Finally, before you finish, make sure that you have included all information — and signed your tax return. Whether you electronically sign, or whether you sign with pen, don’t forget this step. Also, make sure you have the receipts to back up claims to deductions and credits, and the correct Social Security numbers for all your dependents. These mistakes can lead to closer scrutiny of your tax return, and result in an audit.

The IRS is more likely to look at your tax return if there is something out of place. Also, be aware that the IRS is also beginning to look more closely at the tax returns of the super-rich. So if you have very high net worth, your chance of being audited is on the rise.

Before you send in your tax return, make sure that everything is accurate and in order. You’ll be less likely to attract unwanted attention.

One Reply to “Are You Asking for an IRS Audit?”