Are You Passing Up Chances for More Money?

Not too long ago, someone I know was complaining about how he was running low on funds, and how he was concerned about money. I expressed my worry, and asked if he had any prospects. He simply told me that he hadn’t worked much that week, and rent was going to be due. I know that it can be difficult for someone doing temporary work, so I sympathized. Later, I found out from my husband that this acquaintance of ours didn’t work that week because he turned down two jobs from the temp agency due to the fact that he “wasn’t in a working mindset.”

This got me thinking: How many times do we complain that we don’t have enough money — all the while passing up chances to make a little more. 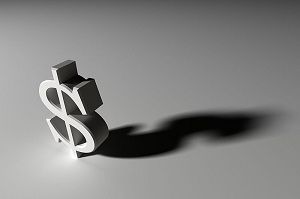 Are There Opportunities for Money Right in Your Way?

Look around. You might be surprised at the opportunities you have to make money. You might have even scorned some of those chances. Did you say no to a part-time job? Are you stuck with unemployment or underemployment because you don’t feel as though anyone is offering what you’re worth?

Also, consider that you could be making money with a side hustle or a home business. What are you doing with your time? Instead of watching TV for three hours a night, you could cut that to one hour, and work on a side business the other two hours each night. Many of us think that we don’t have enough time to do something like that, but in reality we don’t understand how much time we have been wasting.

Before you lament that there is no way for you to make any extra money, really stop and consider your situation. Think about what you have said no to, as well as how you are using your time. Also, consider whether or not you are making a true effort. While there are people who try hard, and work hard, and still have a hard time making more money, many of us might not actually be doing what we can to earn a little more money.

Do You Want to Do What it Takes?

Another reality is that many of us don’t want to do what it takes to seize chances for more money. Consider my acquaintance above. He wasn’t in a “work mindset.” Instead of getting dressed and going to work for half a day, he decided he wanted to stay home and play video games. He’s set up with the temp agency because he doesn’t want to go through the effort of applying for a more permanent job (he hasn’t even done the minimal work it takes to get a seasonal job for the holidays), and he doesn’t want to get his information together to go back to school and get help with a grant or a federal student loan.

Are you willing to do what it takes to earn more money? In some cases, it means working longer hours. In other cases, it means putting in a little more effort. Anytime you want something financially rewarding, you have to do something, even if it’s just research into whether or not an investment is a wise choice.

Just wanting more money isn’t enough. You have to keep an eye open for opportunities. My acquaintance bemoaned his situation, but he had opportunities that week to make money. He just passed them up in favor of something else.

Before you decide that you are “stuck,” take a step back on honestly evaluate yourself. Be brutally honest. Are there opportunities for you to make money? Do you have things you can sell online? Could you drive over to the blood bank and donate plasma? Could you be starting and monetizing a blog? Did you refuse to pick up an extra shift last week?

Some things just aren’t worth it, even for the extra money. I understand that. But before you decide that you are just out of luck, really look at how you have been spending your time, and what you have said to chances to earn more money. You might be surprised to find that you are passing up perfectly good opportunities to improve your income.