Being Frugal is Being Different

Being different makes the world a colorful place. As an American living in France, people know that I am different as soon as I open my mouth. It might be because of my accent, or the minor grammatical mistakes I continue to make, even after eight years here. Or it might be because I speak to my children in English, and that always turns heads. 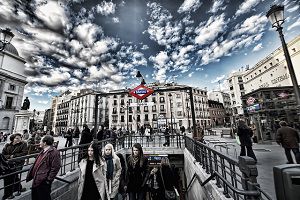 In our consumer culture, being frugal also makes you different. Not having the nicest car, or furniture that matches, or a house full of pretty things, or even owning the house you live in, all because you’re frugal, makes you different from others. It’s not quite as easy to spot as my accent, but it makes you stand out none the less.

How you react is a question of attitude. I always smile when people in the grocery store turn around at the sound of my voice. When they make comments about how great it is that my kids are growing up bilingual, I agree politely. I don’t mention how tired I get of always having the same conversations!

It’s the same thing with being frugal: it’s all about attitude! I have a standard answer for why I don’t go out more often, or buy lots of things: ‘It’s not in the budget’.

It’s like saying ‘I don’t have the money because I have hundreds / thousands / hundreds of thousands of dollars of debt and I’d rather throw all my available and hard earned cash at that than buy another overpriced cheap piece of tat / eat another meal I won’t remember in five years, like you’re doing now.’ Only you’re saying it politely.

What do you say when someone asks you to spend money you don’t want to spend?

9 Replies to “Being Frugal is Being Different”