The Benefits of Shopping at Costco and Other Warehouse Clubs

When we moved into our new house, we bought a Costco membership. We had a membership several years ago, but we let it lapse. We didn’t live very close to Costco, and I didn’t make the drive out to Costco enough to make membership worth it. But now we’re a few miles from Costco, and since gas prices at Costco are 25 cents less a gallon than any other gas station around here, I knew a membership would be worth it for the gas alone. 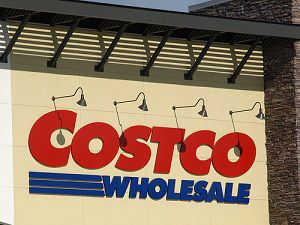 But, as I discovered last week, cheap gas isn’t the only benefit to shopping at warehouse stores.

Tuesday morning I broke from my usual grocery shopping routine. Instead of doing all of my shopping at Food 4 Less or Winco, I decided to see what Costco had to offer. I was in for a pleasant surprise.

I stopped by the produce section first. I was thrilled to see that they offered a pretty good selection of organic produce. I usually buy my produce at the local farmer’s market, but most of the farmer’s markets around here have closed down for the winter. So I picked up a big bag of organic apples for 49 cents a pound.

In addition, I picked up a bag of 6 romaine hearts for $2.99. Now we can have salads with our dinner all week, and still have enough lettuce left over for sandwiches! I also saw great deals on carrots, grapes, and avocados, but I didn’t need any, so I passed.

My other great finds were a big bag of meatballs, a box of lightly breaded fish fillets, a big bag of frozen raviolis, and a huge stack of tortillas.

Finding the deals on convenience foods isn’t the big benefit, though. The big benefit is that I now have easy-to-fix staples on hand for those nights I don’t feel like cooking. The possibilities are endless: spaghetti and meatballs, meatball sandwiches, fish fillets, fish tacos, raviolis….

I also have plenty of quick meals on hand for unexpected company. Having people over more frequently is one of my goals, now that we live in a house big enough to actually sit more than 4 people.

One additional benefit to buying in bulk was brought to my attention by Jennae at Green Your Decor. Bulk items use less packaging, and so you’re doing the environment a favor by not buying small packages.

However, there are drawbacks to shopping at warehouse stores.

You have to be incredibly disciplined in order to keep your spending within your budget. There are lots of temptations at Costco. Books, clothes, household items, electronics. It helps to have a list of things you need, so if you see a deal you can buy it. But if you don’t need it, don’t buy! A deal isn’t a deal if you don’t need the item!

My big weakness is books, so I try to avoid the book aisle at all costs. And if I’ve already spent my “house” budget for the month, I avoid the household aisles as well.

One of my goals in 2009 is to make a price book, so I can compare the cost of various items between regular grocery stores, discount grocery stores, and Costco. But for now I’m content to buy convenience foods in bulk. It’s probably not the best deal, compared to making dinner from scratch, but it’s sure helping me fight the temptation to have my husband grab dinner on the way home!

Other opinions on Costco include:

Do you shop at warehouse stores? What are your favorite buys?