Deciding to Homeschool Our Children and How We Got Here

I left you hanging with a little teaser on Monday, when I told you about the school budget cuts and my concerns about the upcoming school year. I told you I was trying to decide between staying at public school, moving to a Christian school, or homeschooling. A decision has been made.

Next year we are going to homeschool our children. Both of them. We have a daughter going into 6th grade and a son going into 1st grade, so it could get interesting trying to homeschool kids with that big an age gap. I’m up for the challenge though. 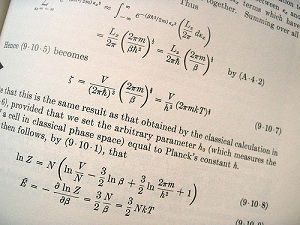 What Went Into Our Decision

First let me say that a big underlying theme, so to speak, that runs through my life, is to be a good steward of what God has given me. That’s the reason I try to be frugal, and it’s also the reason I take my children’s education so seriously. As a parent, it’s my responsibility to make sure my children are getting what they need emotionally, spiritually, and educationally. So here are some of the things we considered.

Quality of Education. This consideration pretty much took public school out of the running. I suppose we could have kept them in public school and homeschooled after school, but then the lives of my kids would have been filled with school and not much else. I don’t think that’s very balanced, and I can tell you the last thing my kids want to do when they get home from school is more school.

Our local Christian school has a pretty good program going, so that was a consideration. But after looking at some curriculum online, we felt that we could also give them a quality education at home.

Socialization. This subject always comes up when you talk about homeschooling, doesn’t it? The last thing I want to do is have my family become hermits in our own little world.

However, we’re active in church, and my son is into sports. My daughter has some interests that she’d love to pursue, but hasn’t had much time because of…school. So far I’ve been limiting my kids to one activity each plus church activities. I’d be willing to loosen those standards, if we had a little more time in our day. So this year my daughter is thinking about 4-H, as well as some sort of musical endeavor.

We’re also fortunate to live in a state where public school sports are required to accept homeschoolers onto their teams, provided homeschool students pass a standardized test each year. We won’t be facing that for a while, though, as there are plenty of non-school centered sports activities for our kids.

The Personalities of Our Children. My son is an easygoing type of kid, who will probably thrive in any situation. My daughter, on the other hand, is reaching that awkward preteen, middle school girl age, where she’s starting to compare herself to other kids. And here conclusions haven’t been good.

We’ve been hearing a lot of “I’m stupid” and “I’m not pretty enough” from our daughter lately, and it’s concerning. She needs a little extra time to grasp a concept, before she gets it, and she doesn’t get that much in public school, leaving her feeling stupid.

For her, I think it will be good to pull her out of a situation where she’s comparing herself to others. Let her learn at her own pace and gain confidence in herself. Teach her who she is in God’s eyes. Then, if we ever decide to go back to school, hopefully she’ll be better equipped to stand up to the pressures that come with hanging out with other teenage girls.

Our Kids’ Feelings. We asked our kids how they would feel about each of the schooling options. My son jumped at the chance to be homeschooled. I’m not sure why, but we’re going with it.

At first my daughter was opposed to homeschooling, but open to Christian school. When she realized that we weren’t going to isolate her at home and that she wouldn’t have homework every night with homeschool, she quickly decided that homeschooling was a pretty good option.

Finances. Finances are what finally knocked Christian school out of the running, though even if finances weren’t an issue, I think we might homeschool, just because of the above issues. We’re not ruling out Christian school in the future, but for now, it’s not the right option for us.

Faith. As Christians, this was a huge part of our decision. We want to teach our children to love the Lord with all their hearts. To be able to weigh things that they’re faced with out in the big world against what the Bible says. In public school, especially starting in the middle school years, we are concerned that they will be taught things that go directly against what the Bible says, and that’s not OK with us.

That’s not to say we won’t touch on controversial issues at home. We most certainly will. (Have you ever known me to step away from a controversial issue?) But we want those issues taught in a controlled environment, where we know what’s being taught and are available to answer questions. Homeschooling is the best option for nurturing our children’s faith at this point in their lives.

I’ll Be Blogging Our Homeschool Adventures

I’m sure as with every other issue I wrestle with, I’ll be posting about our homeschool adventures here on BeingFrugal.net. What you probably won’t be getting from me, at least the first year, is how to homeschool frugally. Honestly, I don’t have a clue.

Because I’m not starting from kindergarten, I feel I don’t have a lot of room for error when it comes to homeschooling. My kids, especially my daughter, need to stay up to standards. Because I’m a homeschooling novice, I will most likely buy a prepackaged curriculum, which is more expensive than piecing things together. I’m leaning toward Sonlight at the moment, though no firm decisions have been made. It’s spendy, but it’s still less than private school.

We’ve made a one year commitment to homeschooling. If we decide to continue on after that, I may look at some less expensive options. But for now, I need to use something that gives me the confidence that my kids won’t fall behind. And a prepackaged curriculum that tells me exactly what to do gives me that confidence.

So that’s where we’re at. Next year is going to be quite the adventure. I’m scared, but looking forward to it at the same time.