Tween Birthday Party for Under $100

My daughter’s eleventh birthday was last week, and we threw her party over the weekend. As usual, I wanted to keep things fun and frugal.

Eleven year old girls are hard to plan for sometimes. They’re beyond the stage where pin the tail on the donkey and pinatas are cool. And in my daughter’s case, she wanted to invite a mixture of kids from her old school and her new school, so I wasn’t sure how comfortable the girls would feel around each other at first. Fortunately, we were able to overcome these challenges. 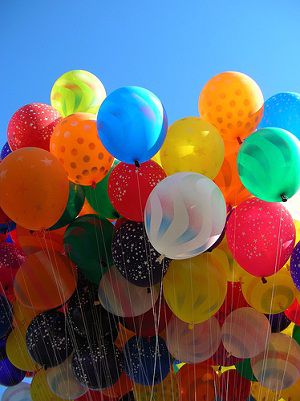 To decorate, I hung blue and white streamers from a shelf in our living room to make a backdrop. I also set the table with a white tablecloth, blue paper plates, and plastic wine glasses (I served soda in the wine glasses!).

I made a cake in the shape of a microphone, by using a circle cake and a rectangle cake cut to size for the mic handle. I decorated the mic with gray frosting and blue decorator sugar for sparkle. And I frosted the mic handle with black frosting, which made for some interesting smiles later.

For goodie bags, I hit the dollar store. I found some small metallic purses, and stuffed them with nail polish, lip gloss, and a fuzzy picture frame, all found at the dollar store. Then during the party, I took pictures of each girl with my daughter in front of the backdrop, as well as a group picture. I printed the pictures and stuck them in the photo frames. I also took a 4×6 “star photo” of each girl by herself, and printed them out for the girls to take home.

The girls pretty much played American Idol, using Wii Sing It the entire time. They spent a fair amount of time singing to Hannah Montana CDs, too though, so you wouldn’t specifically need a karaoke type game. CDs worked just fine.

I had also recorded an episode of American Idol for them to watch if they started getting bored. We never ended up watching it though, because they were having so much fun singing and imitating Paula, Kara, Randy, & Simon.

The girls went to bed late, got up early, and we had a nice pancake breakfast before their parents picked them up. It was a great party, and it didn’t cost a fortune.

Do you have any frugal party ideas? I’d love to hear them!