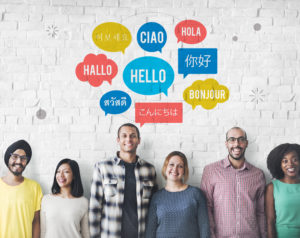 One of the skills that will stretch your mind and also improve your value in the job market is learning a second language. Besides the two benefits mentioned above, there a myriad of positives for being bilingual.

Let’s look at a few reasons to learn a new language and how to do it for cheap. Vamanos!

Benefits of Learning a New Language 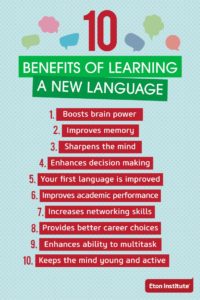 Here are some basic advantages for learning a second language:

While some language education tools and methods can cost money, it doesn’t necessarily have to be expensive. There are many inexpensive methods to learn a new language.

Here are some we recommend:

One of the most popular, inexpensive methods is by using a language learning mobile app.

But, over the last few years, new apps have come out in the market that can be equally effective in teaching you to learn a new language, but without the expensive price tag associated with the first generation mobile apps.

There are so many language learning apps available in the market right now, but these are some that you should consider.

Memrise – This language learning app focuses on the user learning new words and building their vocabulary for the foreign language they chose to learn. Memrise doesn’t pay as much attention to grammar as much as it does to memorizing words and phrases.

Memrise is a great app to use if you’ve already had some level of immersion with the foreign language you want to learn.

The app has two versions – a free version and a paid version.

The free version teaches you new words and also has a reviewer so you can freshen up your vocabulary skills. There is also a feature called Speed Review. It’s a vocabulary game where the app will show you a word and you have to choose the right definition among different choices that appear onscreen.

There is a time element to this, so you need to be quick in choosing or you’ll get a penalty. You also get a penalty for choosing the wrong definition. The game ends when you get three penalties.

Duolingo – Arguably the most popular language-learning app on the App Store and Google Play right now is Duolingo.

Duolingo boasts of having the widest variety of language lessons. From the most widely spoken languages like Chinese, French, Spanish, Arabic, and, of course, English. To the less popular ones like Irish, Navajo, Gaelic, or Swahili. 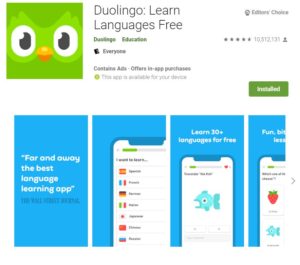 The app has been designed in such a way that it allows for strong retention of your lessons by using short lessons. The lessons are designed for you to build both your vocabulary and your grammar.

Duolingo’s weakness is that it doesn’t contextualize the learning. You are not given that much information about how the language works. To gain more information, you’ll have to use the app’s web version.

Duolingo recently gamified its approach to language learning—creating leaderboards to see who is practicing the most and getting the most experience points. This is a great incentive for learners.

While using an app to learn a language has its unique benefits, it’s still different from actually living the language. People who have learned foreign languages will tell you that practicing and hearing the language naturally is the best way to learn it.

This is where conversation groups come in! Yeah, friends!

Joining a conversation group—or finding a conversation partner—will hone your speaking skills. It doesn’t matter if you can barely speak the foreign language you’re learning. The important thing is that you’re getting consistent practice.

There are many conversation groups that you can find online. Whatever the language you want to learn, you’ll surely find a group or a conversation partner.

A good option to take is to find a language exchange arrangement. This is when you learn a foreign language from a native speaker, who in turn, is trying to learn English.

This is a great win-win situation. You both get to learn a language that benefits both of you.

There are so many other online resources that you can also tap into if you want to learn a new language.

There are so many language learning videos that have been uploaded on YouTube. The number of resources you can find there can be quite staggering. It will be a good complement to the other previously mentioned methods.

The good thing with YouTube videos is that there can be extensive tutorials on pronunciation. Some even discuss the linguistics and nuances of the language, particularly phrases.

Do be aware though that the quality of videos can be erratic. So choose the best content creators on the platform.

Do you know that many foreign language learners consume a lot of popular media to enhance how they learn a language?

They watch a lot of TV shows and movies using the foreign language they’re trying to learn.  They consider it as a form of guided, but passive, instruction on languages as they watch a movie with subtitles.

When they’ve become more comfortable with the language, they then remove the subtitles. You should try this tactic. It’s quite effective.

Another form of streaming content you can try out is podcasts. There are so many podcasts available right now that teach foreign languages.

Learning a foreign language can be a challenge. But there are a huge number of resources you can find online to help you study. The great thing here is that it doesn’t have to break the bank to learn a new language.

Image by Rawpixel.com via Shutterstock.com