Public School Budget Cuts. What Should a Parent Do?

Last Tuesday evening, a special PTO meeting was called. A representative from our school district came to speak about next year’s budget. Sadly, only 13 parents, including me, showed up. 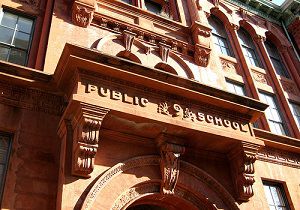 I knew the budget situation was bad. In December, they cut this year’s budget the first time. It meant cutting back on buying supplies for the rest of the year. So we’ve been receiving monthly newsletters on pink paper, instead of white. No big deal. The next budget cuts happened in March. I believe 5 days were cut from the school year. Three of them were days students attend school.

Next year is worse. Much worse. Next year’s budget for our school district is expected to fall somewhere between 2.9 million and 4.8 million short of the current year’s initial budget (before the December and March cuts). The district representative gave us a picture of what kind of cuts would have to be made to achieve the worse case budget scenario:

As a parent, I’m not happy about this, obviously. I take issue with a state government that funds education last instead of first, when they meet to discuss the budget. I take issue with a school district that spent it’s buffer down to 2% of the budget, when the recommended buffer is 5-8% of the budget. They banked on the fact that the 2009-2011 biennium was supposed to be a banner year for the school budget. They were wrong, and now the kids will pay the price.

Most importantly, I’m not happy with the education (or lack thereof) that my children would get next year. I know the teachers would do their best. We’ve had extremely good experiences with all the public school teachers my children have had. They go above and beyond the call of duty to make sure my kids get the education they need.

But there comes a point where I worry that even the most brilliant and dedicated teachers can’t make up for increasing class sizes and decreasing school hours. And I’m not sure I want my children to be guinea pigs in such a dismal school situation.

So that leaves me with a dilemma. I have three choices. I can continue to send my children to public school, praying for the best. It goes without saying that I would be involved in their schools. I already am.

I could homeschool. I’d obviously have to work out a schedule to where I could teach school, keep up the house, and keep up this blog (being as my blog pays some of the bills and helps us pay down debt). Fortunately my husband gets home shortly after lunch and could pitch in, if we went this direction.

We could send our kids to private school, if we can work out the finances. It would be difficult, as it would cost about $800 a month for both kids to go to the local Christian school. Again, I’d be involved in the school. But the amount of money spent on school would take a serious bite out of our debt repayment plans, if we can swing it at all.

After much thought and prayer this week, I know which direction I’m leaning, though no firm decisions have been made. My husband is on the same page. But I’m not going to tell you, because I think hashing out the decision makes for a good discussion. :) I promise to let you know when we’ve made a final decision.

What would you do, if you were me? And if you know a public school teacher, tell them you appreciate them. All schools are going through hard times right now, and it’s especially stressful to be a teacher.

66 Replies to “Public School Budget Cuts. What Should a Parent Do?”