Taylor Bean & Whitaker Bankruptcy: Who is Representing the People?

When mortgage company Taylor Bean & Whitaker (TBW) filed bankruptcy in August, a lot of everyday people were left in a lurch. Some didn’t know to whom they should send their mortgage payment. Some, like me, received escrow refund checks that bounced. Some found out the hard way that their property taxes hadn’t been paid from their escrow accounts. And some were left with two mortgages on the same property. 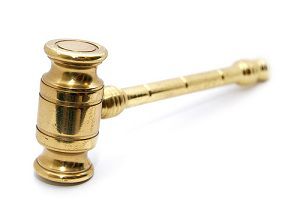 As if that weren’t bad enough, a few days ago I received this comment by Lucy on one of one of my older posts:

I got my annual free credit report and TBW reported me late for Sept, even though my payment sat in their facility for weeks without being processed because of their limited staff and besides countless assurances they would not be reporting anyone late. I called and they are correcting it, however just wanted to let everyone know they should check their reports, just in case!

So now, in addition to being out sometimes thousands of dollars, we need to worry about our credit being hurt? Because let’s face it. TBW hasn’t exactly been honest up to this point. They say they will fix the credit report problem, but I’m not going to believe it until I see it.

This whole situation makes me angry, and it’s time someone stood up for the people who have done nothing wrong – people who paid their mortgages on time every month are now being given the runaround everywhere they turn. And nobody seems willing to help.

As of right now there are 325 comments on my post about my bounced escrow refund check in September. In addition, there are 156 comments on my non-update in October. It has been 4 months, and most former TBW clients are just as confused as ever.

Currently, the Taylor Bean & Whitaker bankruptcy is being handled by the BMC Group in Florida.

The Honorable Jerry A. Funk is presiding over the case.

Escrow refunds have not been released.

The next hearing is January 22.

From my call to TBW: The escrow money is there, and we will get it back. TBW is just waiting for the judge to release the funds. They’re being released in stages.

From a call by reader Armando to Tiffany at the FDIC: TBW should be finished reconciling their accounts, and should have supplied the information to the bankruptcy court. A ruling will be made this spring as to whether or not they’ll release the money.

Did you notice the discrepancy? TBW says we’re getting our money back. The FDIC says maybe/maybe not.

We’ve also heard from various sources that we need to file a claim with the bankruptcy court to get in line for the money owed us. But we have not been told what to put on the claim form.

The following is a good example of the questions we have, but have no answers to, in this process. Jennifer commented,

I just spoke with Sheila, I think that is her name, in the debtor’s attorney’s office. She told me to file a proof of claim for this money (I am one of those that is owed escrow, but never was issued a check) and that another motion was going in front of the judge on January 22nd. I asked about getting our money back, more looking for a when than an if, and she could not give me a straight answer. So then I asked her if I would get my money back and she still did not give a straight answer. I am beyond nervous at this point…

…When filling it out, I did not know what to put in for the secured credit part. They ask what you are secured by. This is where it gets a little cloudy. This money is ours, it is not owed to us for services; they were holding it in trust, so I do not know what to put down as to what we are secured by.
I am slightly uncomfortable filing a claim as a creditor because I believe we are not creditors. It is our money. We should be given our money before operating costs, before payroll, before everything. They should be sending back the money that is not theirs, but was being held in trust for us.
Is there anybody who is looking out for the consumer in a case like this? You know… a court appointed somebody. I mean, how do we know our case is being represented correctly?I know the other major creditors have attorneys and I just hope someone is looking out for us. Anybody have any ideas on this?

I wish I had the answers. My questions are the same a Jennifer’s. Are we creditors? Or are we under different rules, because escrow monies do not belong to TBW?

What We Don’t Know

The biggest problem here is that we, the innocent people who got caught up in this mess, don’t know where to go for accurate information. The FDIC, TBW, our mortgage brokers, and even the courthouse offices give us conflicting information.

We watch for news reports, but the few reports out there only highlight the problems, which we know all too well. There seem to be no solutions. Quite frankly, that’s not OK with me.

While we spend hours on the phone and on websites, trying to figure out the next steps we need to take, TBW and their creditors no doubt, have expensive lawyers lobbying on their behalf. Does anyone else see the problem here?

My Mission and How You Can Help

I’ve told you already that I’m angry. I’m angry because I’ve been wronged in this situation. I’m angry because I have read every single comment posted on this subject, and it’s heartbreaking that so many people are without their hard earned money and without answers as how to best proceed to get that money back.

For those who are in this mess with me, contact your congressmen. For those who read this site and would like to help, please promote this article. I would love to see this issue get in front of eyes that have the power to do something, whether that be a government official or someone with media clout. Maybe a little coordinated public pressure will get us some answers.

I’ve never been one to go down without a fight. My biggest fear is that when the final court judgment comes in, it is we who have the most to lose that will receive the least.

308 Replies to “Taylor Bean & Whitaker Bankruptcy: Who is Representing the People?”