Let’s get to know Warren Buffett. Born in 1930, he started showing signs of passion for investing at a very young age. He bought his first stock at age 11 and he filed his first set of taxes when he was 13 years old.

He also happens to be the son of the American Congressman Howard Buffett. When it comes to his studies, he has studied at the University of Nebraska and gained a Bachelor of Arts/Science. He has also studied at Columbia University and gained a Master’s degree in Economics.

A very interesting fact is that Buffett still lives in Omaha, Nebraska where he grew up. He is often characterized as an “investment guru” and as the “Oracle of Omaha”. He received these monikers because he’s largely recognized as one of the most successful investors of all time. Buffett is also considered to be a very frugal billionaire because of his lifestyle.

What Does Warren Buffett Do?

Warren’s greatest achievement is his company, Berkshire Hathaway. This company owns more than 60 other companies. Some of them are the restaurant chain Dairy Queen, battery maker Duracell, insurer Geico. He has also made large and important investments in Heinz, Bank of America, and Coca-Cola.

Buffett’s general way of thinking is that he renders it is beneficial to take ownership in companies that seem to have ” well-performing” stock and that have stable (guaranteed) profit through the years. His way of investing has provided him a net worth that surpasses the GDP of Uruguay.

Almost 99% of his earnings come from Berkshire Hathaway stocks. His salary is not outrageous—only $100,000 a year—but his ownership stake in Berkshire Hathaway’s extensive portfolio provides him with billions in earnings.

In April 2020, his net worth dropped to $67.5 billion due to the falling stock market prices. However, Buffett’s net worth started rising again in September 2020, reaching over $70 billion.

Warren Buffet has contributed significantly to charities and philanthropic institutions. In particular, he has donated approximately $46 million to various causes.

Giving money to charity has been the main way Buffett actually “spends” his money. He donated $2.9 billion in 2016 to various charities, such as the Bill and Melinda Gates Foundation. He donated money to this Foundation again, in 2018.

He also offered large donations to the Susan Thompson Buffett Foundation, which is named after his wife Susan. Through this foundation, he managed to donate tens of million dollars to Planned Parenthood and the National Abortion Federation.

Recently, Buffett made another important decision. He announced this past year that he would donate 99% of his wealth.

Bill Gates and Buffett created the “Giving Pledge” foundation. This foundation aimed to include as many billionaires as possible.

The billionaires that would join this foundation had to commit to giving more than 50% of their earnings to charities. Now, the foundation includes the participation of at least 200 wealthy individuals including Mark Zuckerberg, Elon Musk, and MacKenzie Scott.

According to Warren Buffet, his “3rd best investment” is his house. He bought the house that he still resides in in the 1950s. At the time of purchase, Buffett paid $31,500.

It is estimated that the house’s current worth is approximately $652,000. He does not seem to fit the typical type of billionaires. Buffett stays humble and keeps one house because that is all that is needed.

Another example of his frugal living is his transportation choices. Even though he can afford to buy a Porsche or a Bugatti, he does not consider such extravagant cars necessary. He always showed a great interest in Cadillacs, as he has purchased two in his life. 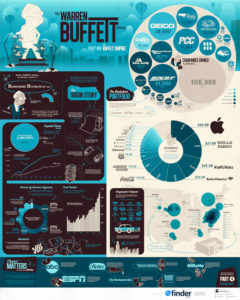 Although, Buffett owns a great deal of Apple Stock, he still uses a good-old flip phone.

The Psychology of Buffett’s Frugal Living

As stated above, Warren Buffett is an investor billionaire that has differentiated himself from other billionaires thanks to some very frugal habits.

Let’s take a look at why and how his lifestyle is considered frugal. For that to happen, some information stated above will be mentioned again and elaborated on.

First of all, it is important to mention his immense wealth- more on this wealth in an article from Forbes. Buffett is a billionaire and could afford to buy whatever he wants, but he has decided to live a humble life. As stated above, Buffett purchases things he enjoys regardless of the cost like $2-McDonald’s hamburgers. Buffett has also mentioned that his personal expenses are barely 1% of his total earnings in life. He stays humble and for sure, he does not waste his money.

Secondly, through his job, he has gained a perspective on what qualifies as a good investment. Therefore, this skill has highly contributed to the better management of his money. Hence, he is aware of how to spend his money efficiently and in a meaningful way.

And Buffett seems to best define what is meaningful by giving to others. Hence, he is trying to make a change in this world and help all those who need assistance.

Buffett devotes more than 50% of his earnings to charity. This tells us a lot about what kind of person Warren Buffett is. By having worked so much and earned vast amounts of money, he has been loyal to his values and he has not embraced materialism as it could be expected. On the contrary, he prioritizes humanity, kindness, and philanthropy. He considers it very important to help people that need donations, and he understands the importance and the responsibility of this action.

After getting to know who Warren Buffet is, it is very significant to point out that he is a very special person. Even though he has managed to become a very skillful, successful, and kind-hearted billionaire investor, he has maintained his values and always chose a frugal and simple life.

He is a person to be admired and respected for his mindset and lifestyle. After all, he states:

” I measure success by how many people love me.”

Drawing from his life and his actions, we can all learn some things. First of all, people that have claimed the title of billionaires and have made a lot of money can be altruists. Not all of them devote themselves to materialism. Secondly, we can comprehend that Warren Buffet is truly an example of a very special person.

He is admired and respected for his actions, as many people look up to him and idolize him for his mentality. His contributions to charities, his creation of the “Giving Pledge” Foundation, and his donations to the Gates Foundation are really of great importance. His character is congratulated, as well as his actions and his professional performance as he has accomplished difficult and outstanding work. Let’s hope more people like him exist and follow his example!

Image by Ivan Kristianto via Shutterstock.com