What’s an MVNO and How It Can Save You Money

Getting through life without your Smartphone simply isn’t an option these days. Smartphones make us accessible and unlock the internet access to important information. The problem is that larger service providers can be expensive, but there is another option.

MVNOs have a lot of perks and you can save yourself a lot of money in the process. We’ll discuss some available providers and give you a list of the pros and cons of going with MVNO service.

What is an MVNO?

As stated above, MVNO is an acronym that stands for mobile virtual network operator and while that sounds a little complicated, MVNO’s are simple to understand. Check out Whistle Out. 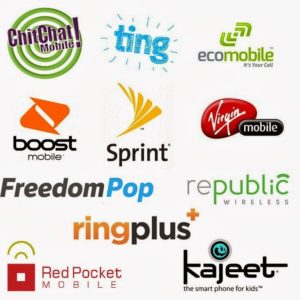 In the legally-enforced interests of fair practice in the telecommunications game, small service carriers can contract a virtual network which they essentially lease from the larger providers like AT&T, Sprint, T-Mobile, and Verizon.

To put it in more uncomplicated terms, the big providers have already paid for a certain amount of coverage range and bandwidth, more than they can use, and so they lease it out to smaller companies.

This helps them offset their overall cost while also demonstrating that they aren’t trying to corner the market so that they comply with anti-monopoly laws.

While MVNO’s will certainly not have as wide a base of support and offerings as a larger provider, partnering with these larger carriers often gives them some limited access to the larger provider’s existing support infrastructure as long as they have sufficient funding and a business plan which the larger provider often requires for these ‘partner plans’.

MVNO service, when it was in its infancy, was much more disorganized. Now, as the larger partners are now more discerning about who they take on, it means you can get at least basic support and coverage, and, in some cases, quite excellent support and coverage depending on the provider.

Let’s take a look at some current top providers so that you can get a taste of the kind of offerings that come with a modern MVNO.

When it comes to MVNO providers, there are approximately 19 available today in the United States alone.

In the list below, we’ve tried to include MVNO service with a little something for the most common types of Smartphone users. If you don’t like any of these plans, you’ve still got a plethora of options to choose from.

Let’s take a quick look at what these providers offer and then we’ll get into the pros and cons of MVNO services.

If you need to be able to travel and you don’t use a lot of data, then we’d like to introduce you to Google Fi.

Google Fi lets you pay around $20 for your line and if you want data, that’s going to run you about $10 per gigabyte.

If you don’t use the whole gigabyte then it rolls over to the next month. This can be ideal for those who want an MVNO and don’t use much data.

Google Fi takes advantage of larger carrier networks T-Mobile and US Cellular, so you’ll have coverage throughout the U.S. and in 200 countries where their network is supported.

It’s a great and inexpensive fit for travelers who don’t want to pay the appreciably higher costs of larger carriers.

Hitchhiking along the existing T-Mobile network is the cheapest option for data-junkies. Mint Mobile offers an unlimited data plan for as little as $30 per month. If you rely on your phone for your entertainment then this is a great way to get the data that you need on the cheap.

If you are worried about the speed you can simply try them out. Mint Mobile has a trial plan for $5 that gets you a week of connectivity so that you can evaluate the service and see if Mint is a good fit for you.

If you want to take advantage of Verizon’s larger network without paying Verizon prices, then Mint Mobile might be just what you need. Functioning under the umbrella of Verizon, they offer a monthly plan for about $40 that gives you unlimited data, talk, and text.

They also recently got a 5G upgrade but, be warned, unless you are in a major city that 5G coverage will not be supported—read more about the above from 5GInsider.

What Are the Pros of Going with an MVNO?

Now, that we’ve given you an idea of carriers and coverage, let’s dig a little deeper into the pros and cons of MVNO services. First off, let’s go with the pros!

Despite employing somewhat of a ‘niche’ style of coverage, there are quite a lot of advantages to going with an MVNO.

We’ll give you a brief overview of the best aspects of MVNO service below and we think that you’ll find that MVNO service really has some unique advantages that are worth your consideration.

While a monthly plan with a major provider might set you back at least $100, MVNO’s have a competitive business model geared towards something more affordable.

Often, you can get a monthly plan for as little as $40 or less. This means that you can use your smartphone without weighing down your wallet on additional costs for roughly the same services.

You aren’t forced to go with monthly when you use an MVNO and in fact, many opt to just go the pre-paid route.

Numerous plans are available which will include certain data speeds and limits in the bargain. Just be sure that you read your contract carefully as sometimes these minutes will have an expiration date.

No contract is required

Unlike the larger providers, you won’t need to sign a contract to get your service so you can “use it or lose it” any time that you like. If you have ever been stuck in a contract with a larger carrier then you’ll understand the appeal.

You can just pay for what you use and if you decide to go to another provider later then you won’t be stuck paying out for the next 6-12 months on some contract with expensive fine-print.

Most pre-paid MNVO plans allow you to purchase minutes which will simply roll over into the next month if you don’t use them.

With larger providers, this is simply not the case, as unused minutes simply disappear at the end of the month and you end up paying for them a second time. Often in the form of ‘overage’ charges when you use minutes you assumed you’d already paid for.

With an MVNO you simply pay for the minutes and they roll over until you’ve used them up. You literally can’t go “over” by accident and for most of us, that is quite the blessing.

Getting on-board with an MVNO isn’t going to require a social security check or any type of credit check.

If you’ve got the cash and the smartphone, they can get you online. This means that they are going to have a minimal amount of information about YOU. In this information age, protecting your privacy becomes more and more difficult each day.

With an MVNO your information is safe – they simply don’t have it to give to anyone else.

You can use your existing number

They are legally required to allow you to move the same number to another service and this means that you can switch providers without the inconvenience of having to update all of your friends with a new phone number.

Most unlocked phones are supported

Whether it is iPhone or Android, in most cases you’ll be able to use an “unlocked” phone that was previously restricted to specific providers.

Not all phones, mind you, as some phones will have proprietary security which locks them in with a specific provider. That said, most unlocked smartphones WILL work with an MVNO.

What Are the Cons of Going with an MVNO?

As with any provider, you are going to have some caveats if you go with an MVNO service. We’ve taken the liberty of collecting the most common concerns and considerations with MVNO service so that you can be aware and make an educated decision whether or not it be a good fit for you.

Speed caps for data are common

If you use a lot of data for watching videos or making video calls then you will want to pay close attention to the plans which you are considering with your MVNO – especially if you are switching from a larger carrier.

Larger carriers often cap your data speed at something like 20 mbps, which is nice and fast and what you may be currently used to.

Many MVNO’s, however,  will cap your data at 8 mbps, which is less than HALF of the speed that you had with the larger carrier.

This may be circumvented by carefully considering the available MVNO plans to ensure that that you get the speed that you desire. With that in mind, be sure to read the plan terms closely or you might end up a little frustrated with what you get.

Certain times of the day are considered “peak” periods. Examples include:

During these times, you are using the existing infrastructure which is also employed by the major service carriers.

As these carriers are larger, they will typically receive the lion’s share of bandwidth while your service will be available—but severely degraded. During peak hours, call quality may be poor and your internet may slow to a crawl.

Sometimes you can get past the internet speed cap using a VPN service, as you would technically be connecting through the VPN providers’ servers, but without a workaround like a VPN there is a very real possibility of less than stellar service during these peak periods.

Not all devices are supported

While most unlocked Smartphones will work, “most” doesn’t mean “all.” You might find that your device is not supported after purchasing a lot of minutes in anticipation of saving a little money.

Check with the MVNO provider you are considering to see if they already know whether or not your device will be supported. If they aren’t sure, consider just purchasing the smallest amount of minutes available so that you can test the MVNO with your existing device before you commit to purchasing a large number of minutes.

While many MVNO’s are geared around local communities, some users get around a lot and are used to the phone service simply ‘roaming’ along with them. Due to the nature of how MVNO service works, roaming may possibly not be one of your options. Note: This is not true with ALL carriers, but it is true with many so be sure to ask!

Customers who don’t travel won’t be bothered with this but anyone who uses an MVNO needs to know this limitation. Once you leave the coverage area you will likely NOT be able to access the MVNO service and your Smartphone is effectively crippled.

While the early days of MVNO’s were full of dropped calls and slow internet that it wasn’t worth the hassle, MVNO services of today are a different beast.

Depending on who you select and the plan that you choose, you can get full-service with support and the kind of quality that you expect from larger carriers but at a fraction of the price.

Don’t take our word for it, however. Check out the examples which we’ve provided or see what MVNO options are popular in your area. You’ll soon see for yourself that staying with the large carriers is practically throwing your money away!

Image by ImYanis via Shutterstock.com