I have been a big fan of You Need a Budget for years. I began using it on the advice of a reader about 4 years ago, back in the days of YNAB Pro. When YNAB 3 was released, I jumped on board. And now YNAB 4 is out. I was offered a free upgrade in exchange for a review. I have to say, I would have upgraded anyway. I love YNAB 4 THAT much! Why?

Let me count the ways!

I dread updating my budget. It’s boring and tedious. I’d much rather be writing. Or reading. Or playing with the kids. Though being a beautiful program may seem trivial, it really does increase the enjoyment factor in updating the budget.

I keep my YNAB software on my laptop, but I don’t always have my laptop with me. For instance, a couple of weeks ago I went on a week long vacation. Because my intention was NOT to work, my laptop skipped the trip. 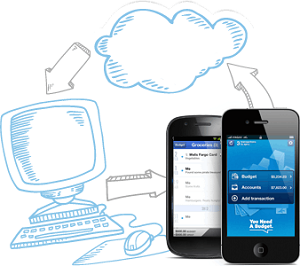 However, we spent a lot of money on our vacation, and entering all those receipts when we returned from vacation was a pain. It would have been much better had I been able to update my budget with my iPad everyday. After all, there’s not much else to do in San Diego traffic. If my budget would have been available in the cloud, I could have entered my transactions on the fly, while my husband drove.

One of the things that’s been missing from YNAB is account reconciliation. If you’ve ever used Quicken or Microsoft Money, you’re familiar with this feature. It allows you to reconcile your checkbook with your bank statement within your budgeting program. 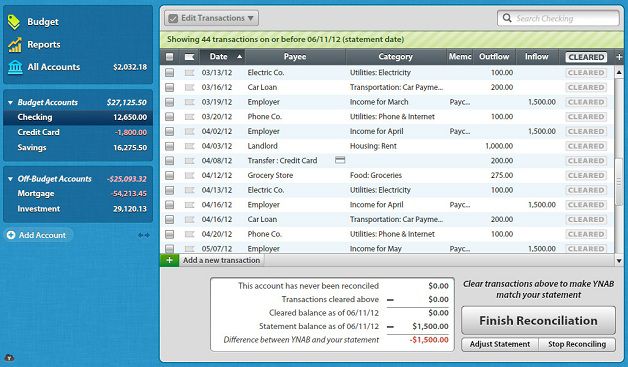 I personally never missed this feature, as I tend to look at my bank account every day and know exactly where I stand. But for those who are attached to reconciling their accounts, YNAB 4 makes it easy.

YNAB 4 Steps Up the Reporting

When YNAB 3 came out, I was very excited about the reporting features. I have to say, though, that YNAB 4 blows earlier reporting features out of the water. Instead of line graphs, reporting now includes pie charts and bar graphs. You can view reports on spending by category, spending by payee, income vs. expense, and net worth. And the reports are beautiful, don’t you agree? 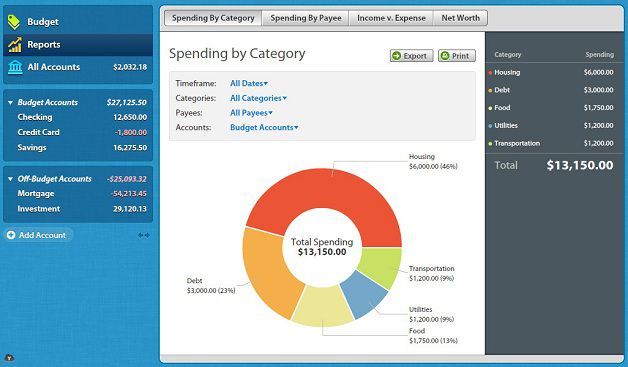 Info to Know Before You Buy

YNAB 4 is the easiest program I’ve found to keep track of a zero based budget. If you’re trying to get out of debt (and even if you’re already out of debt), it’s a great way to get on top of your finances. All of the things I loved about YNAB 3 still exist. YNAB 4 just makes the process a bit easier, and did I mention beautiful? 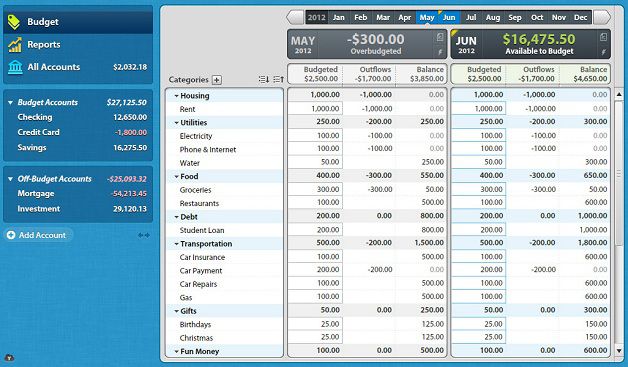 If you want to learn more about the principles behind YNAB, read my earlier review of YNAB 3. If you want to try it out for yourself, you can download a 34 day trial.

YNAB 4 costs $60, which isn’t bad for a budgeting program. However, if you bought YNAB 3 after December 26, 2011, you can upgrade at no cost. And if you purchased YNAB before that, you can upgrade for $40.

YNAB 4 is available for both PCs and Macs. There are also iPhone and Android apps available, though I haven’t tested them. Maybe I will soon. It would be handy to have my budget available on the go.

If you’ve been searching for the perfect budgeting software, I highly encourage you to use the YNAB 4 free trial. I think you’ll be hooked. I know I was.

What budgeting software do you use? What do you like about it? Dislike? Have you used YNAB before?